The Exigent Duality
Steam Deck Pre-Order - 14:38 CDT, 7/16/21 (Sniper)
Web sites really need to come up with some way to stop "scalpers" and bots, because this reminded me the day I eventually landed a PlayStation 5: 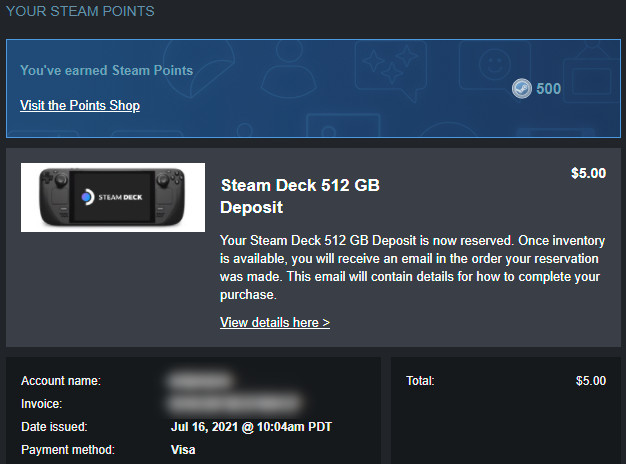 But in the end, victory! The more I thought about this thing from early this morning to the moment I could place the pre-order, the more sense it made for the way I play games.

The Switch whetted my appetite for and got me addicted to the "play on TV or in handheld" formula, but I've been desperate for a blend of that equation which wasn't rooted in 2005 Xbox 360-caliber graphics, in the year 2021: it's totally absurd. Then came the "Switch OLED" announcement, and...

But completely out of the blue, here comes good old Gabe to do what Nintendon't! There are several ways in which I plan to use this thing-- you'll quickly see why it's a good option for me:

People are skeptical of this because of Valve's failures with the Steam boxes and controller-- but unlike back then, every single gaming outlet seems to be really excited this time around, as the value equation is truly there.