The Exigent Duality
Crazy People - 08:04 CDT, 4/14/21 (Sniper)
I once fell prey to the thinking error John Linneman mentions here: for a long time I had to fight urges to smash my Switch into the blunt corner of the nearest desk surface, not because I didn't enjoy the platform, but because I couldn't shake the association between the hardware and the culture surrounding the system-- it took me years to get over it.

I also had a friend growing up who loved "Pink Floyd". Over time I noticed he wasn't listening to them anymore, so I asked him why: "I don't want to be associated with their fans." Same mental mistake: just because some obnoxious people like something shouldn't preclude you from liking it too.

On a Switch-note, I'm so close to finishing my "Wireframe Magazine" Fuze competition entry that I can taste it. I think the game is coming out really well, I will be fascinated to see what the judges make of it. It's not the most incredible game I've ever played, but given its extremely short development timeframe and the fact I've been chipping away at it in evenings after my day job, it's certainly not a bad effort.

Changing topics and as a continuation of my "cringey SJW yard sign" series, I took a slightly different Murderapolis walking route the other day and saw this house: 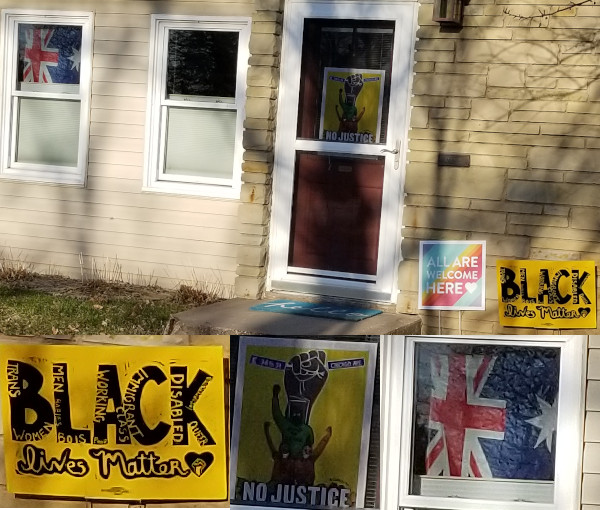 The yellow one reminded me of Steven Crowder's "I'm a poor black trans single mother with rickets" schtick. The middle one is... Black Supremacist John Travolta impersonators donning WuFlu Burqas?! I'm also curious as to why this person is flying the flag of a foreign country in their window... I'm sure Australia or whatever would just love to have them back, I'll pay for the one-way plane ticket!

One flew over the cuckoo's nest... incidentally, I'm sure everyone saw that the primary "BLM" founder did what all self-proclaimed Marxists do as soon as they get power: become totally bourgeoisie, buying a multi-million dollar house in a neighborhood without a single black person within one hundred miles.

On yet another topic, I hardly use my Android phone-- I probably touch it once or twice per day-- but on one such occasional a few days ago I noticed that the "Google Play Services" daemon was chewing through battery like there's no tomorrow. Then yesterday, I got this message: 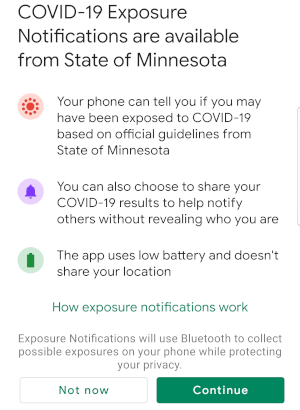 Apparently, this is malware which Google itself back-doored onto everyone's Android phones. It can't be (easily) removed, and can only be shut up by turning off all notifications from the aforementioned daemon.

And "daemon" is just about the right term for this crap. Next thing you know base Android system services will be spamming me with CNN headlines.

Android as software was really cool back when it came out over a decade ago: totally libre and minimalistic. Now huge components of it are "closed", to the point where I've no clue if turning off Bluetooth, LTE, or "location services" actually turns them off, or keeps them off: I'd need to get specialized equipment to intercept the signals and packets emanating from the dumb thing over time, to make sure it's not snooping on me.

Probably easier to just buy one of those metal cases that doesn't let any waves in or out. Or toss the phone into a lake and re-buy a "Nokia N-Gage". I wonder if GSM service still exists?