The Exigent Duality
Yard Signs - 09:28 CDT, 6/13/20 (Sniper)
I wrote here that my neighborhood was slowly-but-surely filling up with signs supporting the domestic terrorist organization "Black Lives Matter". To support that claim, I've very recently been snapping pictures during my daily walks.

To be clear, these signs are in front of a maximum of ten percent of the households. Lots of those other homes are quite possibly owned by Conservatives, who-- like me in public-- keep their mouths shut knowing that their property would be vandalized if they dare expressed their opinions. Of course, the opposite could also be true, and the owners simply don't have signs expressing their support; it's impossible to say.

Either way, this is still a non-trivial amount of explicit support for not just rampant, lawless, vigilante justice-style carnage by an organization founded by people involved with all sorts of sketchy organizations and whose patron saint is seven-times felon and terrorist "Assata Shakur", but which isn't even rooted in reality.

I've also included a couple of pictures showing the politicians these people will vote for and have voted for, to illustrate the connection. There is also a gal who thinks Donald Trump is the biggest problem the country faces. Which planet she's from I have no clue, considering Trump is possibly the only significant force stemming this insanity.

I also have a tiny sampling of those ridiculous "All Are Welcome" signs, which are quite often behind fenced yards and locked gates-- the signs are lies, because the owners carefully screen who comes into their homes. Not only that, but now Rainbow People are being closely linked with domestic terrorists-- look at the co-presence of the two sets of signs!

If Rainbow People really care about others being harmed, they should immediately and en masse denounce "Black Lives Matter". Not going to hold my breath on that one.

I read that the University of Minnesota is going to have a scholarship with George Floyd's name on it. George Floyd himself was a multiple-times convicted felon, who once broke into a home and stuck his gun into the belly of a pregnant woman, while he robbed her blind for drug money. When he died of his heart attack, he was resisting arrest after having just used freshly-printed counterfeit money.

One last note before we get to the pictures: I know some of the people who own these homes. I don't think they are terrible people-- just terribly confused, and caught up in group think due to having been indoctrinated in the false claims of nefarious people, and after having had their critical thinking abilities sucked out of their heads through decades of public schooling.

I'm not one to pathologize people who disagree with me, but this feels like a disease-- like some kind of mass delusion. It's madness, and I've never seen anything like it. I feel like I'm walking through la-la land.

All pictures were taken from public roads: perfectly legal. I also go out of my way to crop the shots so that I don't inadvertantly "dox" their home's locations. My favorite picture is the one from the nurse's home: she's virtue-signaling the Caronnnna with that sign, while saying "We're all in this together", while also simultaneously and overtly backing radical racism-supporting domestic terrorism.

Anyone want a pretzel? 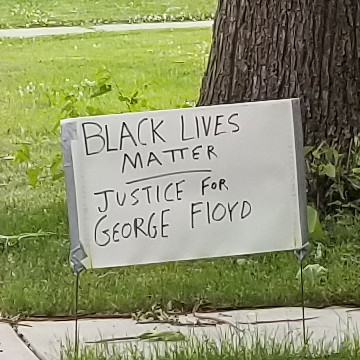 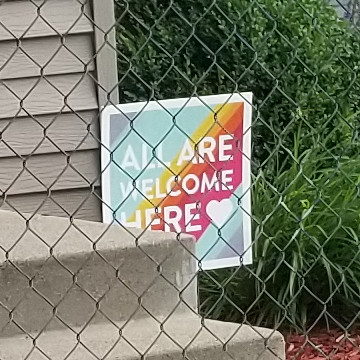 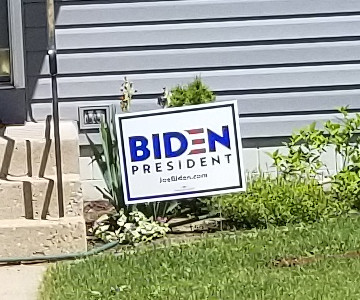 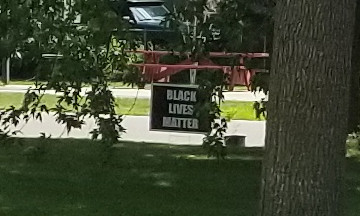 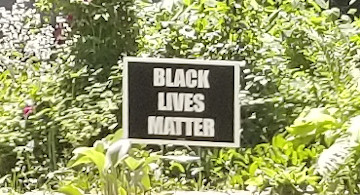 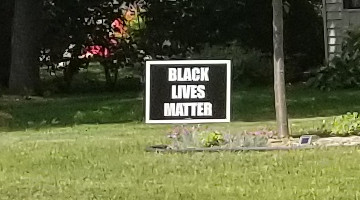 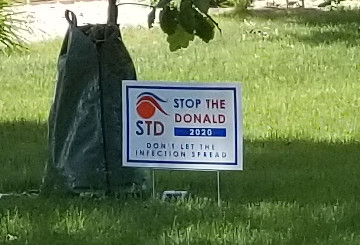