The Exigent Duality
The Virus Stasi - 12:11 CST, 5/03/20 (Sniper)
Go read this, then reflect on the Bernie Sanders supporters who want to toss Conservatives into re-education camps. Cross-correlate that with two more data points: this so-called "No Pixels for Fascists" campaign, bank-rolled by a former Stasi informer plus multi-billionaire corporation Electronic Arts, and a black woman screaming "fucking Fascist!" at her pre-dominantly white male audience in a contemporary video game.

Remember: when you hear "Stasi informer", recall the man in the aforelinked article. People just like her did that, to him.

I also just hit a cut-scene in that same game where a white male gruesomely had his neck snapped by the bad guy, and the black woman just looked on-- then the camera panned to the bad guy going next after a "trans"-looking "female", and the black woman was immediately, "You're going down motherfucker!" That was the "line too far" for her!

Heck, while we're on the topic of video games, why not throw the almost literal Communist propaganda game "The Outer Worlds" into the same mix?

Seeing some patterns emerge from all of these disparate points of data? This hatred of white men, and this worship of sexual deviancy and Communism are all being promoted by the same people-- it's not random, or a coincidence. Why would that be? 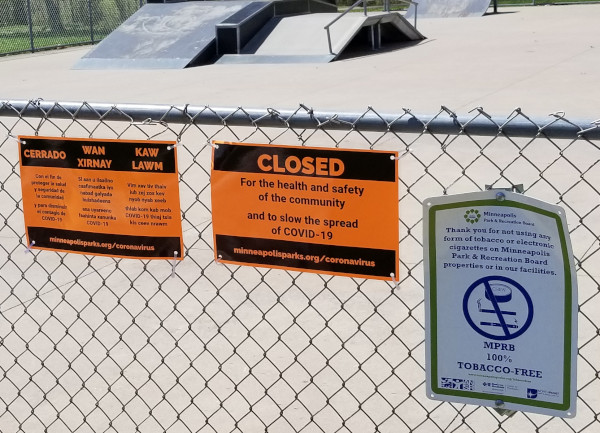 Yesterday and in great excitement, H and I headed to the skate park to work on our quarterpipes. And as you can see from the pictures above...

Incidentally, the "Minneapolis Park Board" Lagerkommandant is this dude. Draw your conclusions.

From the "park board" web site, bold emphasis is mine:


"Individuals must not engage in outdoor recreational activities where they will come in close proximity with others from different households. Individuals may engage in any outdoor activity that is dependent upon or derives its principal benefit from natural surroundings and open space, including but not limited to hunting, fishing, trapping, boating, hiking, biking, golfing, and picnicking for the purposes of pleasure, rest, exercise, or relaxation, provided that the activity can be engaged in accordance with the Outdoor Recreation Guidelines, including maintaining at least six feet of separation between participants from different households. Groups within a single household may engage in outdoor activities or sports that do not allow for social distancing (e.g., soccer or basketball) but should not engage in such activities with members of other households."

This isn't from a dystopian novel-- it's real: they are now dictating that you can go outside only if it's for the allowed purposes (relaxation! no thought crime allowed!), and only if you do it exactly by the book. It continues:


"Staff observations and public complaints in the two weeks following the 'Do Your Part' campaign indicate social distancing was not consistently followed."

So... Stasi-styled snitches informed the government on their neighbors and maybe even own family members. What about when the parks do re-open?


"Scheduled times for walkup play by individuals and members of the same household at basketball and tennis courts in several parks will begin when the Stay at Home order ends. MPRB staff will be onsite to ensure social distancing."

In the spirit of some old fashioned, healthy civil disobedience, I just about had H and I jump the fence and skate in spite of the sign-- but after a few minutes deliberation, decided against it for the time being: money for fines is no problem, they can have their "Trump bucks back" for all I care.

However, if I'm going to deliberately flaunt them, I'd like to go without my kid present, and be prepared to record the interactions with the police, if any occurred-- which seems likely given the number of dirty looks people give the two of us just for skating on the bike paths together, smiling and laughing: lots of Stasi-styled "Karen" snitchers abound. 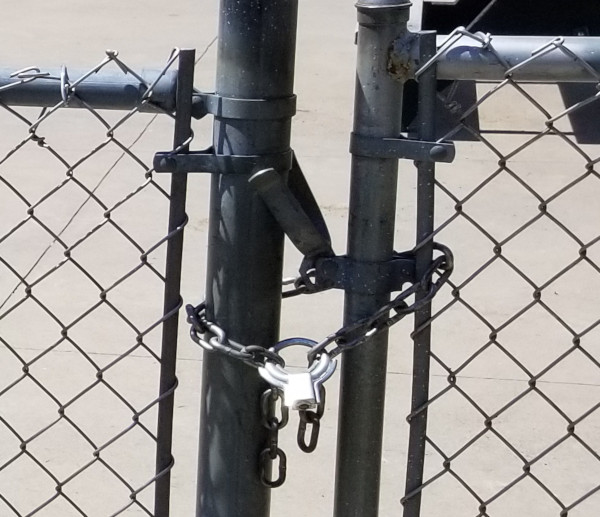 My other concern is: that 1000 Fed bucks they'd confiscate from me would head right back into the "Minneapolis Park Board" and their network of snitches! And who will even see my disobedient act? Trust me: I've had my fair share of run-in with the cops in my life-- they don't intimidate me in the least. But speaking practically, how is it not counter-productive to actively fund their operation? I'd be better off finding a way to disobey while draining their coffers, not filling them up.

That said, for every dirty look, H and I get just as many people smiling and cheering us on, as they are out walking their dogs. So there are people out there unwilling to risk shuffling down the middle of the road on a blind corner just to avoid passing me on the sidewalk (true story).

The bigger picture item here is this: why was it safe at the park two weeks ago, but not now when the virus thing is not only blowing over, but we're finding out that the actual death rate is a tiny fraction of one percent? Shouldn't "restrictions" be getting lifted, not strengthened? Why is it safe to go into Costco without a mask today, but not tomorrow?

Half of the people wearing "masks" are using bandanas. Viruses are microscopic in size.

The bottom line is that none of this is based on logic. It's all based on emotion. So people feeeeel safe. Which leads me in turn to why I'm always bringing up the testosterone crisis.

My best friend throughout childhood was gay and effeminate, so I've no problem playing video games or being friends with those people-- my problem is rather they take their tastes and opinions to the ballot box, which are then enforced at gun point, and thus will not hesitate to institute out-and-out real Fascism or Communism, one law at a time like an endless water drip.

At this rate, it will wind up like the Stasi, but in America: the bullet-headed, low-IQ, obese, buzz-cutted, reflective sun glasses-wearing police are already brutal enough to make it come to life, if the political "will" is there. 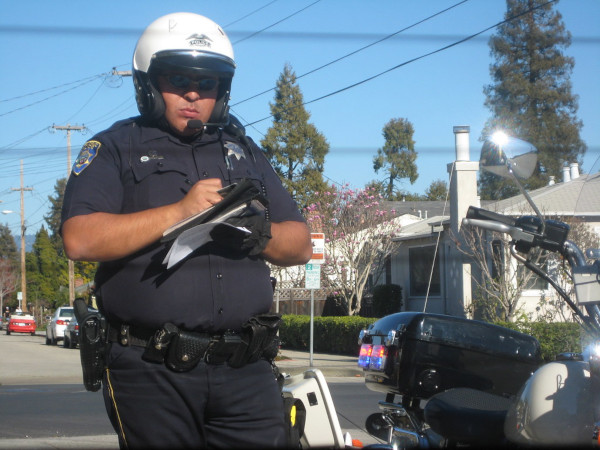 A balance is needed between emphathisizing and systematizing: a balance between saaaaafety and "if even one person dies!" out-of-control emotionalism, and cooler "tough love" heads-- and right now, that balance is sensationally out of whack. Society needs the attitudes of both women and men-- not women, plus "basically women" pseudo-men. Again, I've no problem with "non-traditional" men per se-- until it starts to result in the destruction of civil liberties like we're seeing today.

To end on a lighter note, I leave you with this comedy. 0.58% of the US population says they are "trans". Only a small fraction of those people play video games, or "Gears Tactics" specifically. Let's be unrealistically generous, and say it's half-- so 0.29% of the US population.

"Representation" would mean that 0.29%-- or about 1 in just over 300-- of the characters in "Gears Tactics" would look like Michele Obama. Instead, it's literally 100% of the "females" so far! Here are a few I picked up after a recent mission: look at the one on the right in particular-- she looks like a Somali pirate with male pattern baldness! The only reason the one in the middle has long hair-- she had a crew cut originally-- was because I manually changed that. 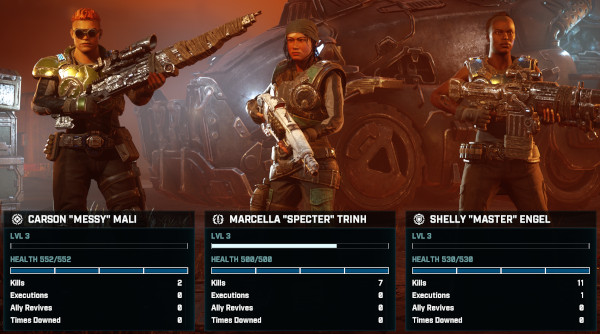