The Exigent Duality
Implosion of a Civilization - 17:46 CST, 8/30/18 (Sniper)
Having spent the entire summer in the libertarian-leaning, crime-free, police-free, values (and racially, although I'm finding that the two are pretty much the same thing) homogeneous paradise of the rural bug-out house setting, the family and I are now relocated-- displaced?-- to the Murderapolis home for the winter months.

My peaceful lake-side walks have been replaced with nothing but traipses past endless construction zones, accompanied by bands of black kids riding in the middle of the streets shouting "nigger" at each other, and the incessant wail of police sirens. Culture shock!

On those meanderings, I've been seeing a lot of yards which look approximately like this: 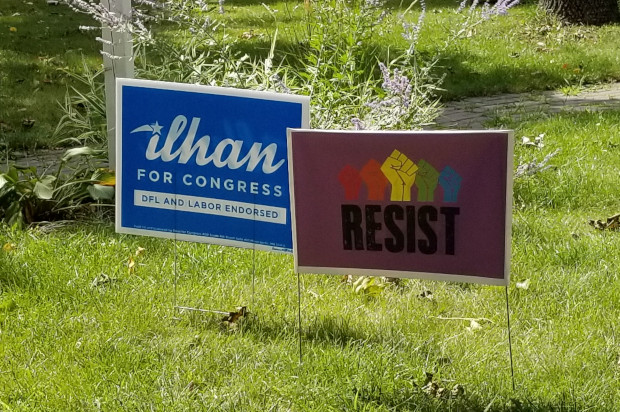 The closer of the two signs is easier, so we'll start there: 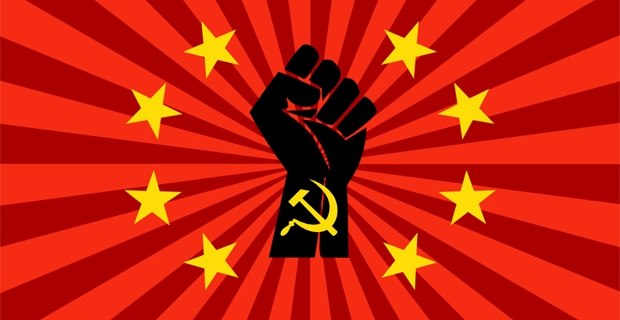 "If you won't bake Dragon Lady and her (his? its?) partner, who sexually identifies as an English muffin, a cake even though they have sodomized one hundred and fifty people apiece and have every STD known to man, which goes against every single fiber of your religious beliefs and your natural right to freedom of association, then I will come to your door like the Bolsheviks, take you out to the garden behind your house, and shoot you in the back of the head, execution-style, you Fascist Totalitarian! Oh, and Donald Trump is a big fat meanie head who hurts our feelings!"


As for the other sign, let's just say that my eight year-old daughter already is smart enough to not fall for this crap.

I visited this "Ilhan" web site, and she makes Crazy Bernie look like Ayn Rand! This woman is quite literally a walking parody! Here is a summary of her platform:

"But that's ok", I thought as I arrived at home: "No need to be upset; I'll just chill before bed and read something completely apolitical, and purely informative." So, I picked up a copy of "Working Effectively with Indians", a pamphlet I got at work several years ago but never read, written by a PhD named "Bidhan Chandra".

But... but I thought the British built their rail system in India? I thought they brought modern medicine into the country? And built massive networks of sewers, introduced irrigation and canal projects, and constructed the entire Indian post and telegraph services? And united the country from the endlessly warring factions? And reduced the persecution of religious minorities to almost nil?

Didn't they also built massive universities, introduce the English language, and replaced feudal rule with Democracy? A thirty-second search corroborated my previously-held understanding. So how could this guy ever arrive at such an unfairly one-sided, preposterous conclusion?

"Accept whatever the hell your teachers tell you, without exception." Ok. Got it.


The next morning at work, I am told in back-to-back meetings (so, in the same day) about how the "progress" is going with regards to the marketing department hiring more "women and minorities" (so, fewer white men), then was subjected to a presentation by a white guy saying that the best thing about the tech conference he had just visited was not the content or even the food, but that there were "fewer white guys up there and talking".


I didn't choose the name "bug-out house" idly-- there will come a day where I will pull an "Atlas Shrugged": disappear off to my "middle of nowhere" seclusion, and refuse to lift another finger to produce anything.