The Exigent Duality
Own Site is Best - 16:04 CDT, 11/20/20 (Sniper)
The difficulty in sharing information online regarding "the selection" has caused wifey to come around to the idea of looking for substitutes for the web sites she uses.

To get away from Zuckerdroid, she's been investigating "MeWe"-- but I'm skeptical: 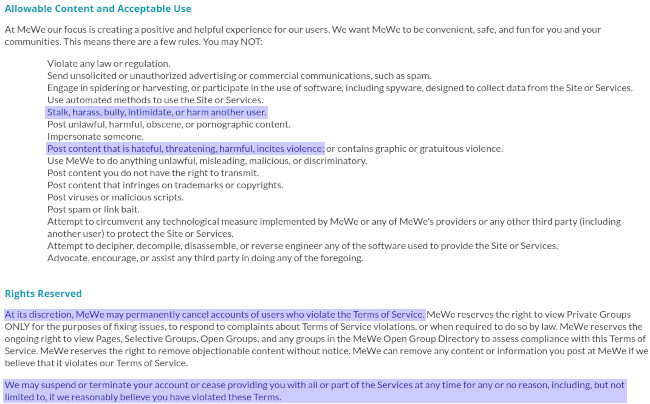 This is the same sorts of language the "Big Tech" corporations use. The founder was a regular Hitlery and Creepy Joe donor in 2016 and 2020, respectively, and his last name is "Weinstein"-- uh-huh.

By contrast, take a look at BitChute's policies: as long as you aren't uploading videos of yourself dismembering bodies, you're all good-- while "harassment" is clearly defined as language which is illegal.

I told wifey not to hesitate to use "MeWe", but to also not get too attached to it in the likely case that it goes completely sideways in the next few years.