The Exigent Duality
To Mexico - 18:21 CST, 9/19/20 (Sniper)
I have a friend who lives in Puebla, Mexico, and I wanted to see what it would be like to fly straight from my house, to his house. So, I made up a flight plan from the municipal airport right by my Murderapolis house, to a custom GPS waypoint right to his house, then a final landing at Puebla's international airport.

My friend also happens to be a director for the nonprofit organization TECHO. Most Americans haven't heard of it, but it's basically Habitat for Humanity, except replace the virtue signaling with getting actual shit done: instead of building one "first world problems"-style hermetically sealed giant two story house per summer, TECHO stands up entire mini-villages of prefab structures, complete with water filtration systems!

In any event, I also hacked in a waypoint at his first ever event he volunteered for many years ago, up in the mountains. Sneak preview: it's quite the sight from up there. But without further ado, here is me flying past downtown Murderapolis, just after having taken off: 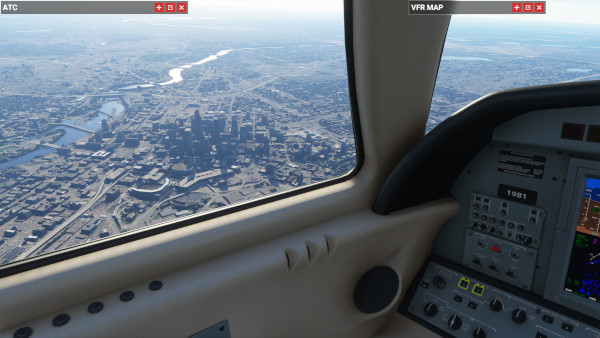 Minnesota is pretty boring: flat; lakes; farms; and that's it. 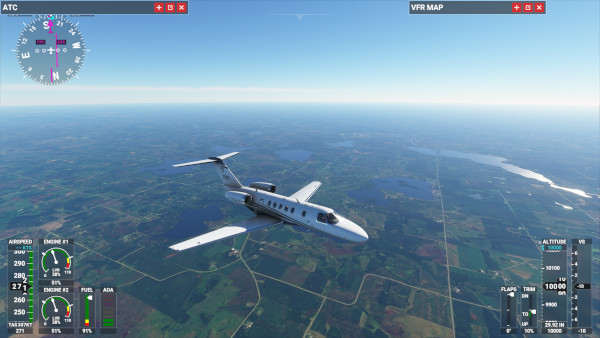 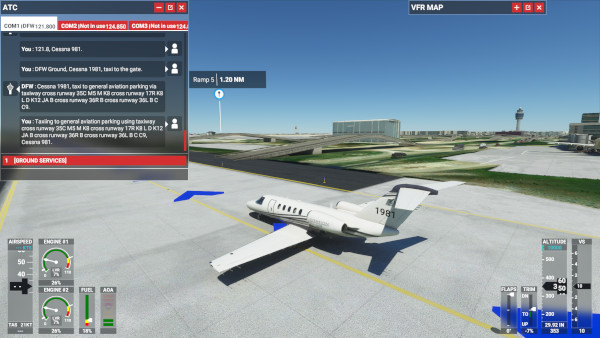 I proceeded to fly South, over Texas and part of Louisiana, nothing too interesting: pretty flat and boring. But then, I hit the Eastern side near Corpus Christi, and flew for what felt like forever over these absolutely other-wordly sand bar island thingies. How the heck did these even form? 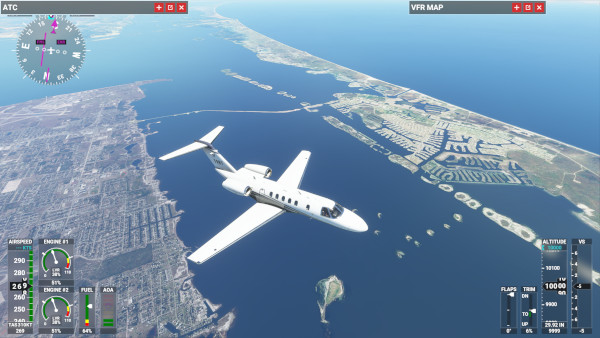 I landed at one airport to re-fuel. But shortly after, I saw a tiny airstrip right on one of the weird sand bar things: "I absolutely have to try landing my giant Cessna there." And I managed to pull it off! 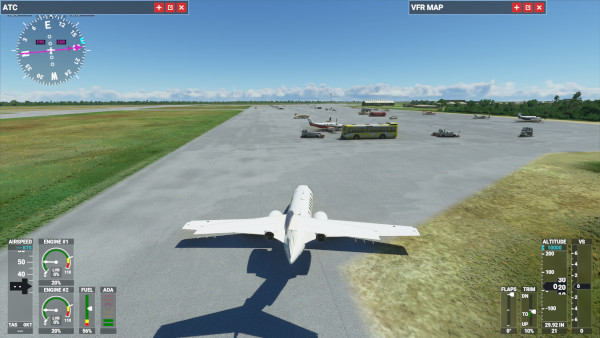 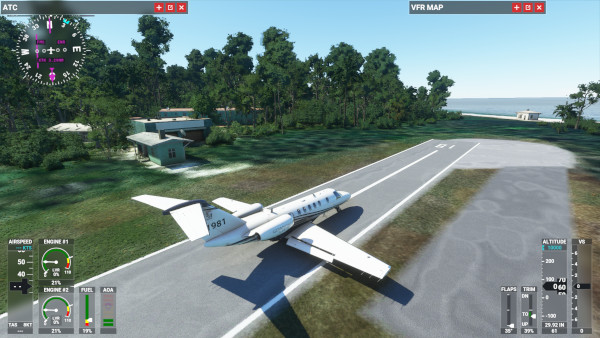 It wasn't long after that I started to approach the mountains North of Puebla. Here is a sneak peak at my custom hacked waypoints. I took a look at them, took a deep breath, and climbed up and over the first mountain ridge: 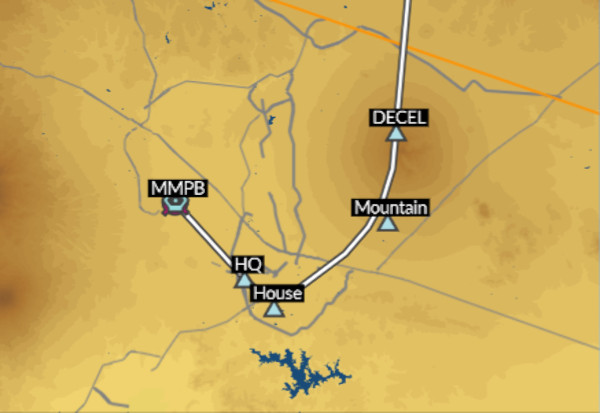 Whereupon I saw... this. It was like teleporting into a whole new world. It was one of those few times where a video game literally took my breath away: 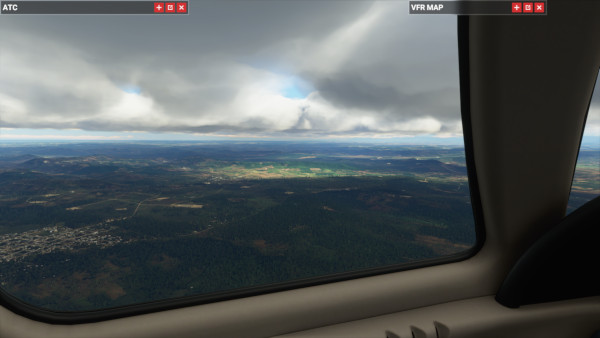 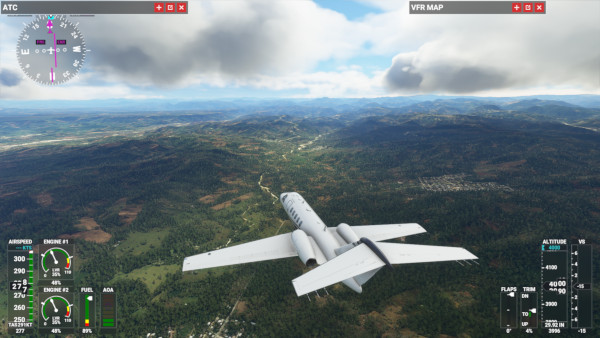 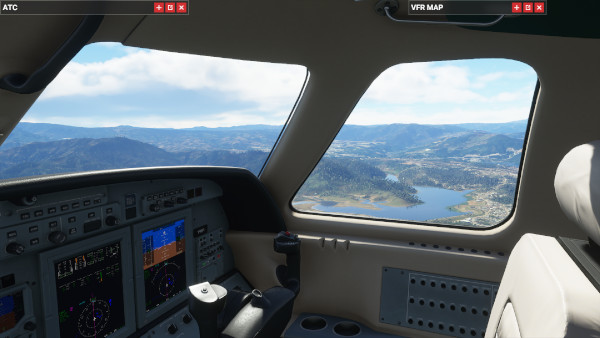 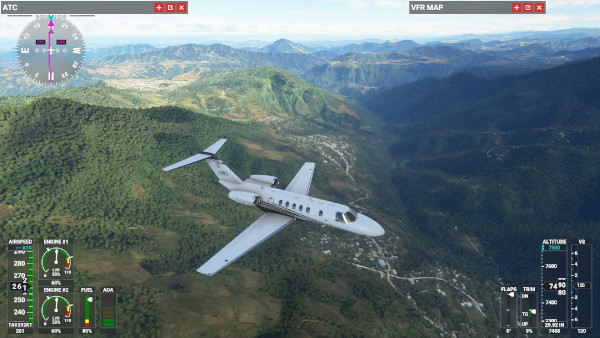 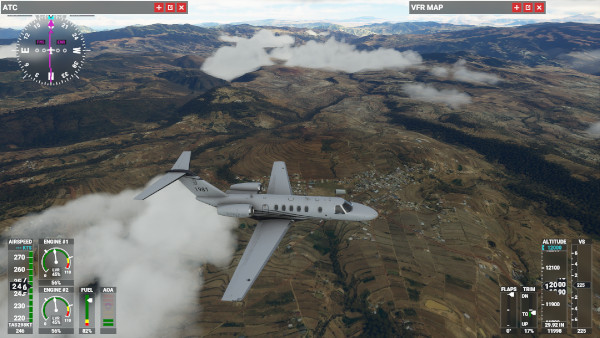 After catching my breath and re-orienting myself, I found my friend's first-ever work site-- or whatever the heck the game constructed out of it, anyway!

This was like eleven thousand feet up in the mountains. Notice the huge mountain in the background-- I flew around that to get to this point: 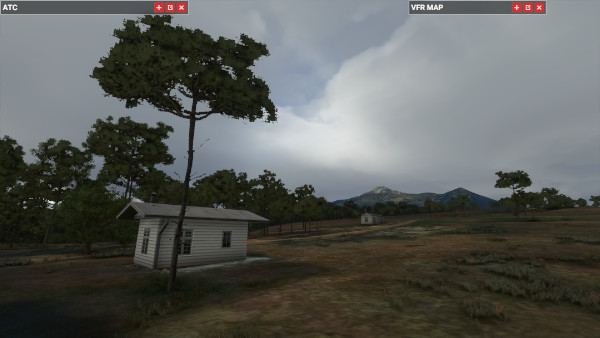 My last stop: my friend's house! I couldn't figure out exactly which one was his, but this should be the intersection he lives on at least: 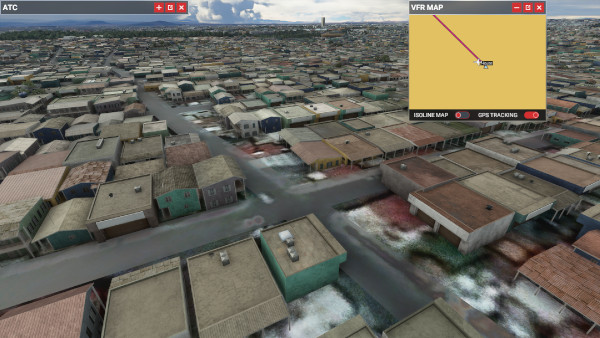 Here is Puebla then afterwards, as I banked away, circled around, and flew past it on the way to its airport.

With a grandiose name like "Hermanos Serdán International Airport", I was expecting a big ordeal, like the many I'd flown over in the States on the way in. Instead, it was a single runway with one terminal building! Oh bien. So I landed, parked, and that was that-- fun trip! 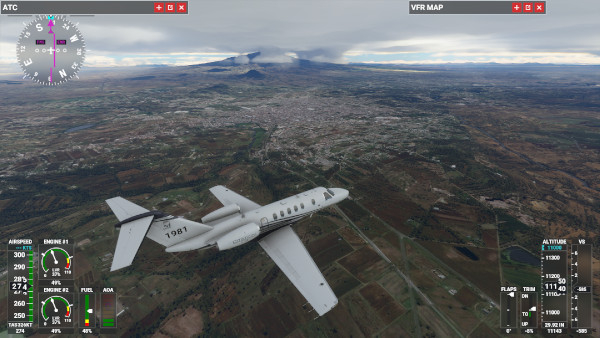 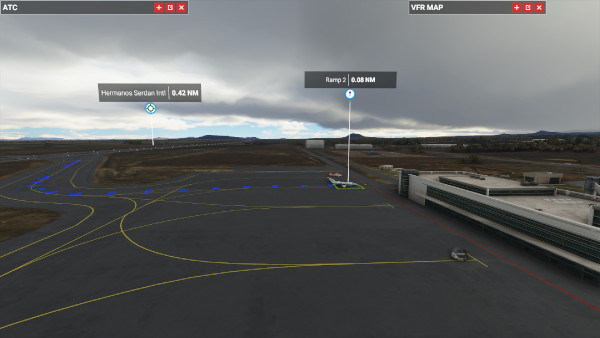 I don't actually know how long the entire trip took-- maybe six and a half hours? This was cruising at 10k feet, at 270 kts most of the time.

The game randomly crashed (har har) part-way through, so my stop watch got reset, hence why I'm not totally certain-- I had to generate a new mission from a mid-point to "resume" the journey: kind of a hassle.

I also had to restart a second time, after the drone camera dropped my airspeed to literally zero, and my aircraft plunged nose-first into a house in Puebla: another bug in the game; use the drone camera at your severe risk.

But in spite of not being quite ready for prime time, Flight Simulator is still quite playable even in this early-doors state.