The Exigent Duality
Head Over Heels - 13:55 CST, 2/01/15 (Sniper)
If you ask any technology enthusiast what it means to "fall in love" with a piece of electronics, they'll most likely get a glimmer in their eye, and start reciting a story about some or other device that they'd once owned, how they came to own it, how much fun they had with it, and how they wished they'd never sold it.

The story of this post is a bit different than that standard template. It involves a device I used to own way back when it was brand new and cutting edge, yet I didn't really care for it at the time and wound up selling it. I then rediscovered it a few weeks ago via a whim eBay purchase, and have completely fallen head-over-heels for it this time. So what is this device, you ask? 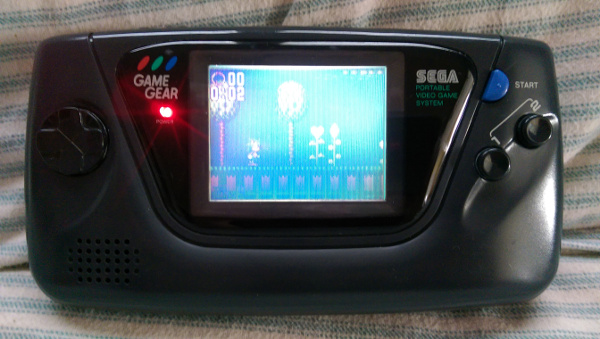 I've owned numerous handhelds over the decades, and I've found that there is a magic balance that needs to be struck for me to enjoy the experience.

On the one hand, the system needs to offer me an experience that is in the same ballpark as a full-fledged video game console; if the hardware is too weak, I just can't get into it. A good example of a failure in this regard is the original Game Boy; that puke green and gray was a far cry from even the 16 color NES, much less the 256 color SNES. The Game Boy felt more like one of those cheapo Tiger LED units than an actual video game system.

On the other hand, the experience needs to be differentiated somehow-- otherwise you're just playing same game you can play on a TV, but with the TV you get a bigger screen, usually more buttons and increased comfort. Sony's Vita gets this one wrong; whether you're looking at retail games or indie titles, why would you want to cramp your neck and hands playing a nearly console-identical Uncharted or SteamWorld Dig, when you could just fire up your PS3, or Steam?

But even if you get that balance right, you can still go astray. For instance, the NeoGeo Pocket Color straddles the above line well, but goes too far to differentiate itself, offering games where the characters have giant heads and the like. 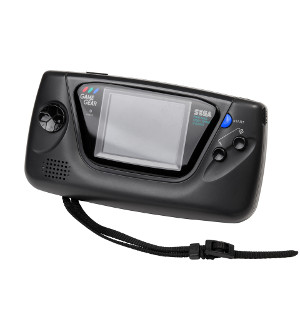 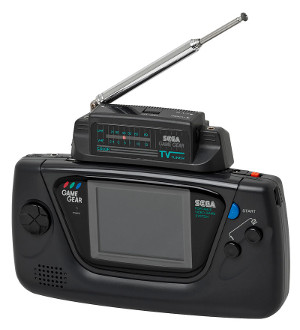 Like Goldilocks, the Game Gear gets things just right. The hardware is nearly identical to that of the Master System. The fewer colors on screen and the PSG-like audio not only look and sound great coming from the unit, but they give the whole system a "baby Genesis" vibe. The system is super comfortable to hold, feeling like a slightly wide Genesis controller. Yet it only has two buttons, versus the three-- or six-- on a Genesis controller, once again lending that "baby Genesis" impression.

As for the games, pretty much all of Sega's major trademarks make an appearance, but in totally original forms-- versus ports or adaptations-- that play familiarily, but distinctly at the same time. Yet, these games also don't go overboard emphasizing that they are handheld games, as was the case with the NeoGeo Pocket Color.

Every time I play a new game on the unit, I have the same reaction: "Sweet! It's the same Shinobi/Streets of Rage/Sonic/Road Rash that I already know and love, but it somehow feels like a fresh, simpler junior version of the experience." It's a super cool feeling.

Looking back, I also think Sega's advertising did a great job of emphasizing all of the above points. An example is the ad below, which plays up that not only is the Game Gear technically superior to the Game Boy, but that it also offers up the same experiences that gamers already love, like Sonic and Shinobi.

Looking at things more empirically, the advertising must have been successful; Sega sold over eleven million Game Gear units over its very long and healthy seven year life span. The system also saw over 350 games released for it during that time, a clear sign that software sales were strong. The system was even re-launched in 2000 by Majesco, showing that the business potential was still present. 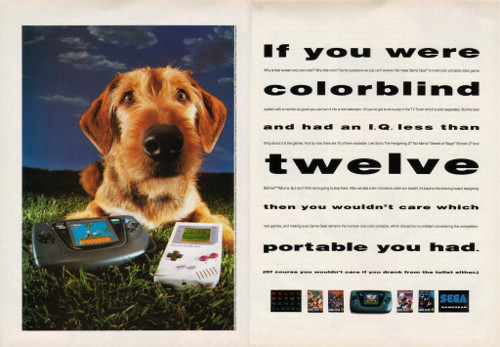 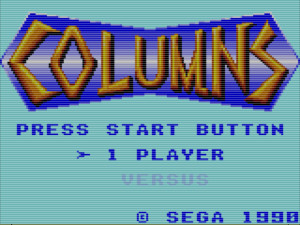 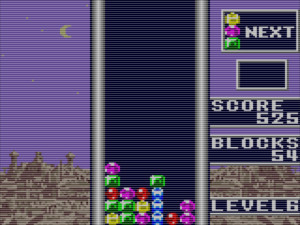 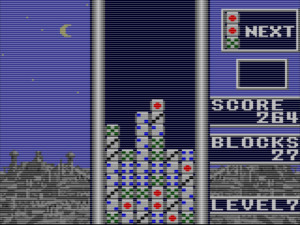 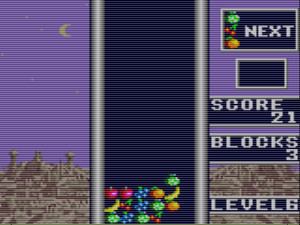 So far I only own five games-- but I made sure that Columns was one of those first five. The original pack-in game, Columns is to the Game Gear what Tetris was to the Game Boy. Handhelds and puzzle games go together like peanut butter and chocolate-- and Columns is a great entry title for anyone's foray into Sega's little portable. 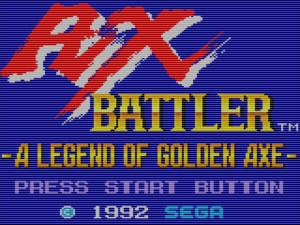 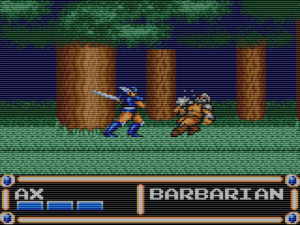 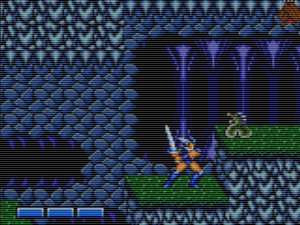 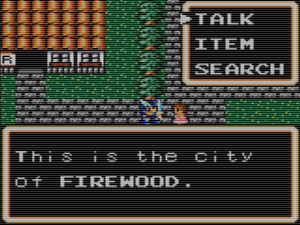 The Game Gear is covered with brawlers already, having not one but two Streets of Rage titles. And it also has a boat load of action platformers. So instead of straight-up adapting the traditional Golden Axe formula, why not differentiate the Game Gear by making a pseudo-action RPG game instead? 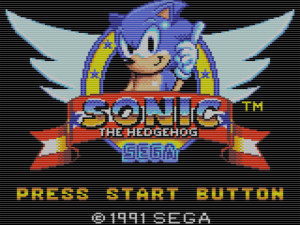 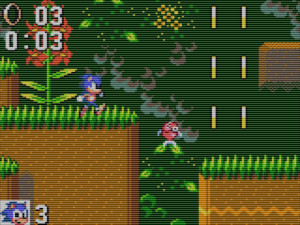 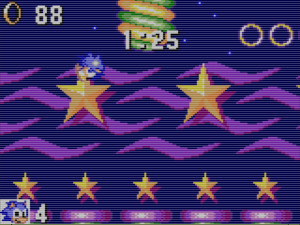 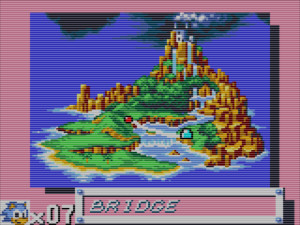 No better way for Sega to get their new mascot onto their fledgling handheld than to turn to Yuzo and Ayano Koshiro, and the rest of the Ancient team. Ancient did a bang-up job too, with fun-to-play levels and artwork that looks similar to the Genesis game, but that fits better on the Game Gear's small screen. 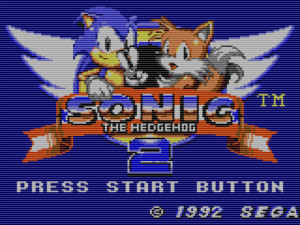 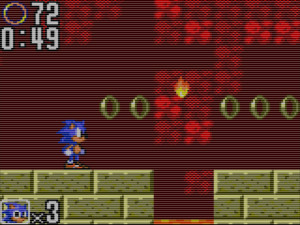 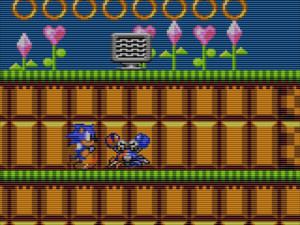 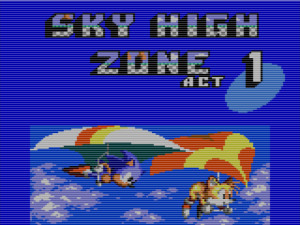 Sega handed the reigns for Sonic 2 over to Aspect, and the new developers cleaned up the engine's framerate, and focused on making a much more challenging game than the original title. 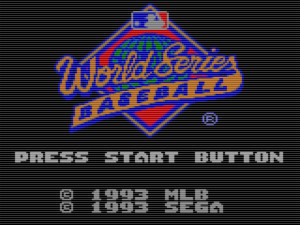 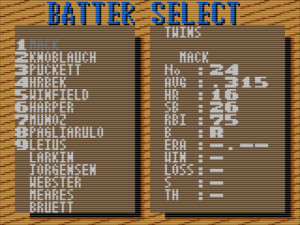 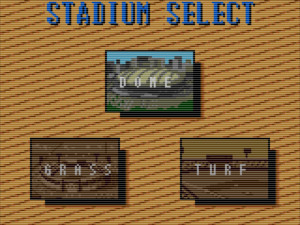 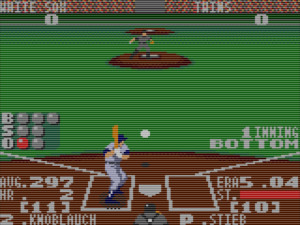 Early in the Genesis' life, the platform became known throughout North American and Europe as the place to be for sports games. The Game Gear soon proved to be the handheld to own for sports titles as well, with excellent 8-bit versions of popular sports games like World Series Baseball.