The Exigent Duality
Racing games for the ages- an analysis - 16:24 CST, 4/28/12 (Sniper)
Even as a small child I was fascinated by cars. But it wasn't until The Need for Speed came out for the 3DO in 1994 that my fascination with cars became an obsession-- a passion of mine that survives to this day.

Made by the same team that had previously created the "Test Drive" series for platforms such as the Amiga, The Need for Speed saw you driving exotic sports cars against the clock or a single AI opponent on public freeways, darting in and out of traffic in order to record the best time possible. The original 3DO version put its focus on realism above all else, with digitized car cockpits, fully recorded engine sounds, and a positively wonderful physics engine that stands up well even today-- which is especially impressive considering it was written to run on the 3DO's main RISC CPU, which was only clocked at 13 MHz.

They teamed with famous car magazine "Road & Track" to provide audio and video commentary for each of the game's eight cars, in addition to detailed in-game spec sheets and photo galleries.

For the DOS, Saturn, and PSX ports, the development team essentially re-wrote the physics engine, turning the game into more of an arcade experience-- essentially "dumbing down" the title for the more mainstream audiences on the aforementioned platforms. Unfortunately, it was this arcade influence that became the staple for the rest of the series.

As it stands, The Need for Speed is essentially a 3DO exclusive, since the ports played nothing like it. And there still hasn't been another video game that captures the actual act of driving as well as this game.

But is that really true? Does the game still stack up? To find out, I decided to pit it against the most realistic console-based sim racer currenty on the market: Gran Turismo 5.

For all of Polyphony's bragging about Gran Turismo 5's massive car library-- which I might add is padded by the gazillion MX-5 and Civic variations among others-- the title lacked direct equivalents for most of The Need for Speed's cars. To compensate, I took the closest car that I could find, then adjusted them to achieve the same power-to-weight ratio as their The Need for Speed counterparts. Below is a table of those adjustments.

And because I've always been curious as to whether my real-life daily driver-- a 2003 Nissan 350z Touring-- would be competitive in The Need for Speed, I included that car in all of the Gran Turismo 5 tests.

The next thing I did was set about identifying tracks in Gran Turismo 5 that were most similar to the three road courses from The Need for Speed. There were a lot of possibilities, but I settled on the High Speed Ring for the City course, the Grand Valley Speedway for the Coastal route, and Tsukuba as the Alpine course.

I then raced all eight cars-- plus my 350z in Gran Turismo 5-- around each of the six tracks and routes, recording their times and percentages behind the leader in each case. Below is the outcome.

High Speed Ring / City data
Grand Valley Speedway / Coastal data
Tsukuba / Alpine data
Along with cold, hard data, I thought some subjective impressions would help complete the picture. As such, here are the notes I took after driving each of the cars.

Subjective impressions
After parsing through all of the data and driving each car in both games-- sans my 350z in The Need for Speed of course-- I came to the following conclusions.
Conclusion
So there you have it! The Need for Speed stacks up exceptionally well. It manages to be both realistic and "gamey" at the same time, without sacrificing anything in either department. As a game, there's no doubt it's more fun to play than the current console sim racer of choice-- Gran Turismo 5-- and it stacks up really well in the realism department even when compared to the aforementioned Polyphony title, which came out 18 years later, and on a much more powerful hardware platform as well.

To wrap up, here are screenshots I took of each car in the two games. 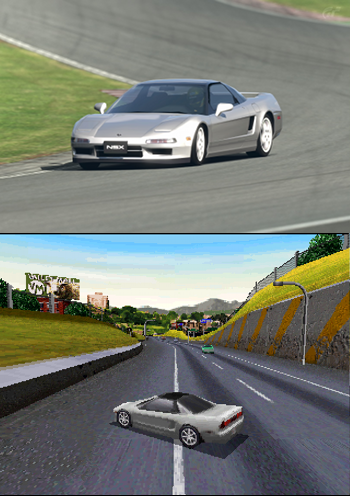 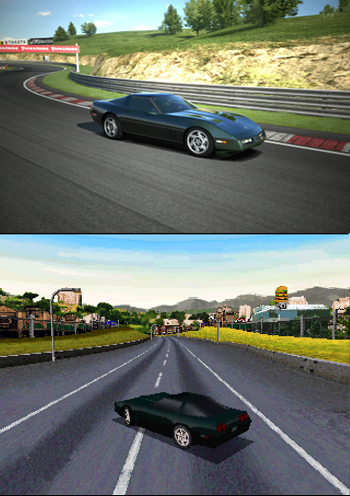 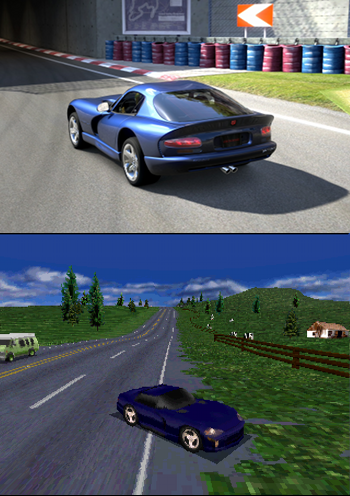 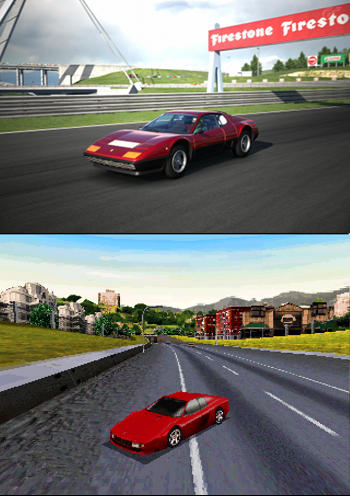 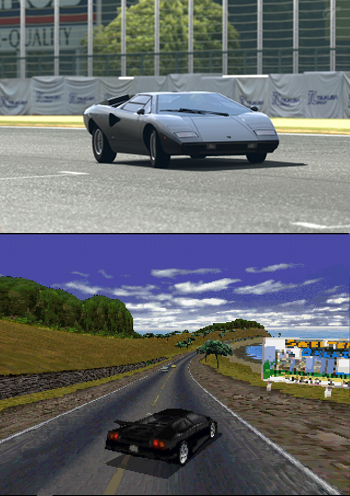 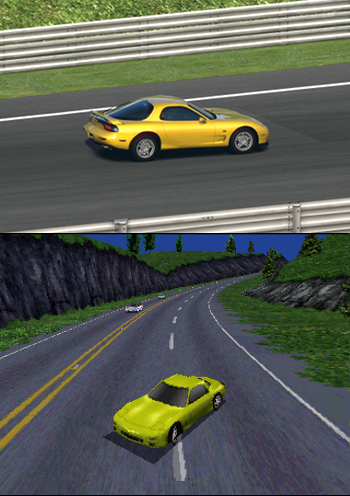 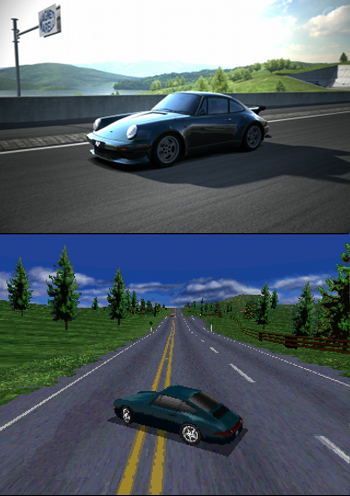 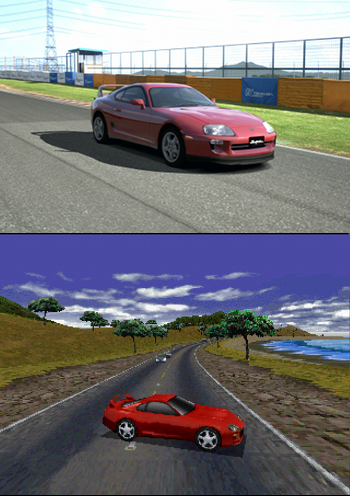 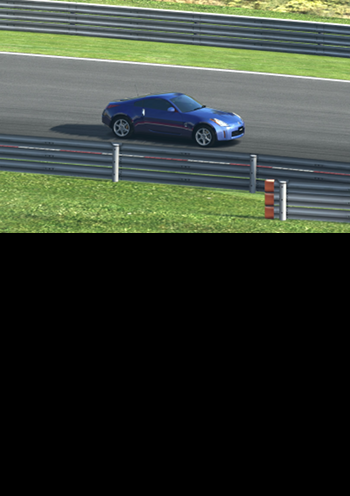