The Exigent Duality
Normandy Flight Plan - 13:24 CST, 7/05/21 (Sniper)
My mother-in-law and I have been talking about doing a Normandy run in Flight Simulator, and we finally got around to it today. This isn't the exact path I had in the flight plan, but we did a lot of-- excuse the pun-- "winging it" depending on what cool stuff we saw.

We started in the top-left of the map, taking off from Valognes, and zig-zagged our way Eastward, roughly following the orange line, which I placed purely based on my memory: 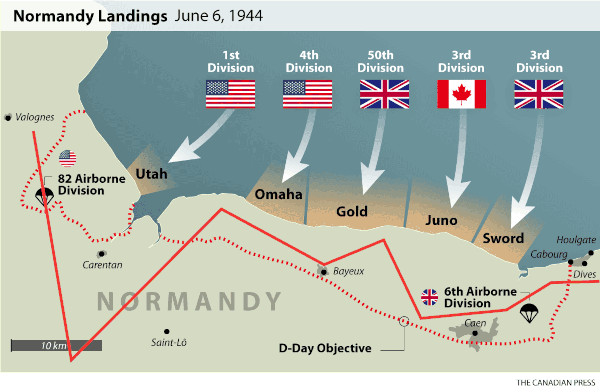 The first place we visited was the "Mont-Saint-Michel" island, which was off the South of the above map. I took the drone camera down to get a closer look: 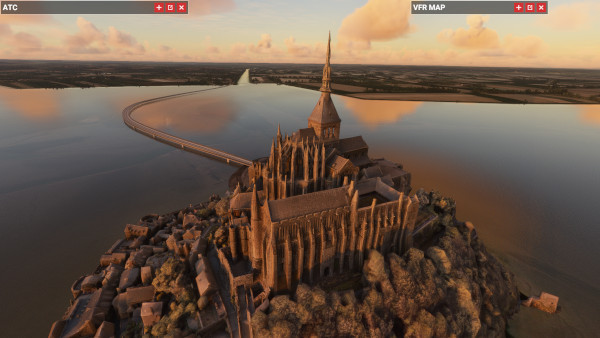 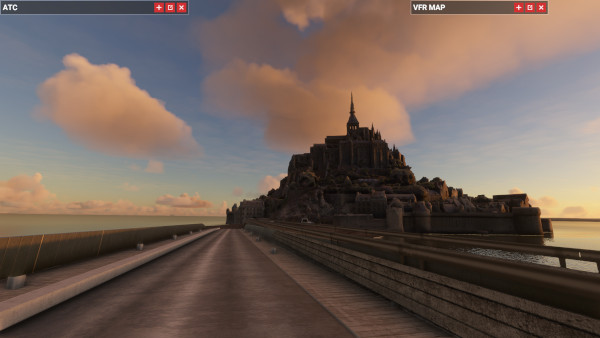 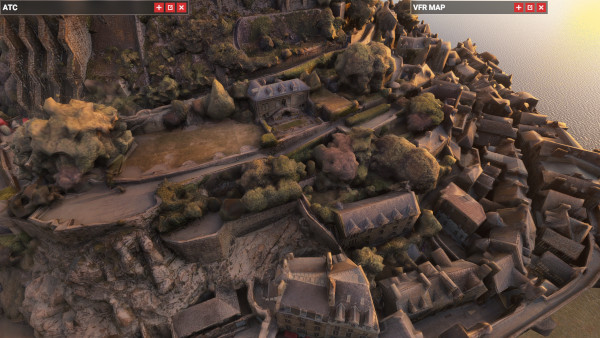 Europe is a beautiful place, a fact on which I also commented in my "Superga Air Disaster" post. Here was the view as we looped our way back towards the Northeast: 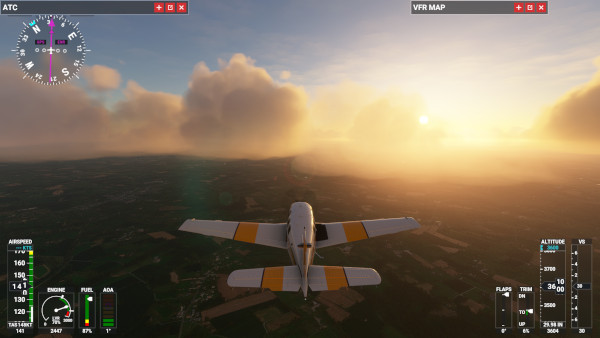 Here is what the beach front looked like where one of the landings took place. For some reason it's not what my mother-in-law and I were expecting-- we were thinking more sand, and more cliffs. That's why these kinds of Flight Simulator escapades are useful. 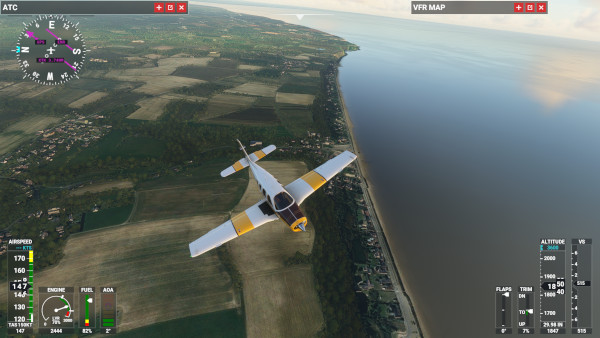 More interesting than the beaches was the "Port en Bessin", which really caught our eyes: 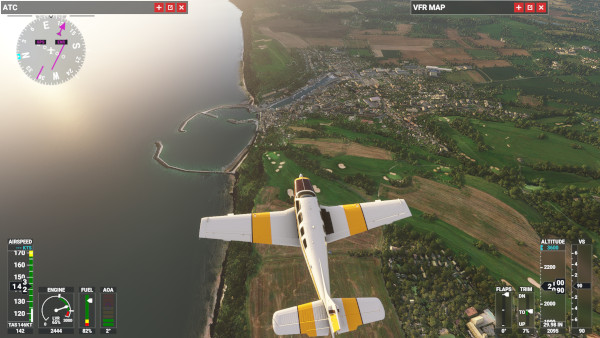 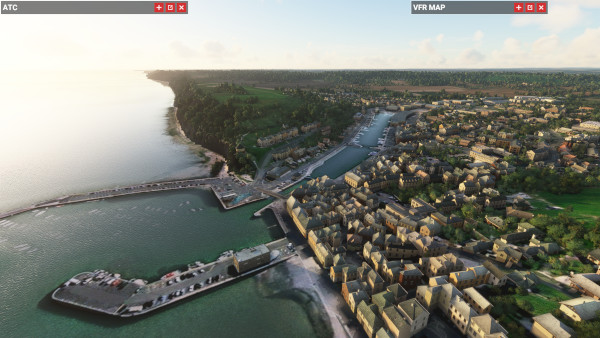 Another shot of the beachfronts, this time further Eastward: 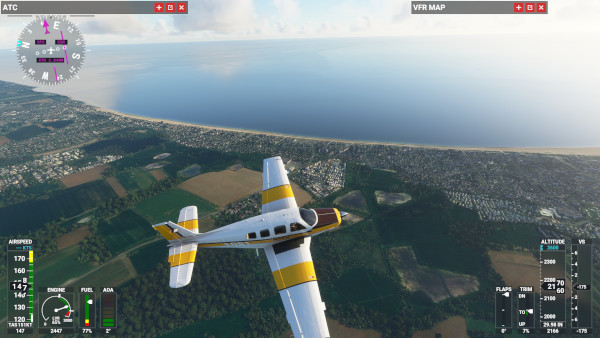 Our journey complete, we landed at the "Deauville - Saint-Gatien" airport, near Le Havre: 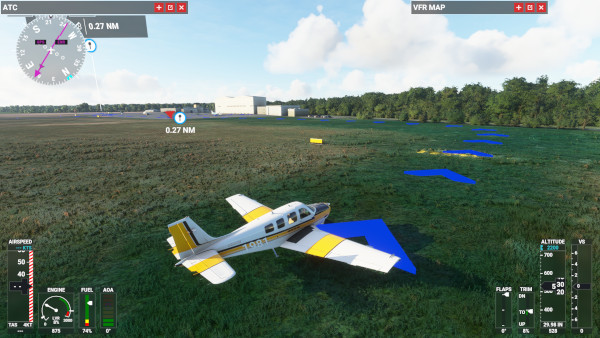 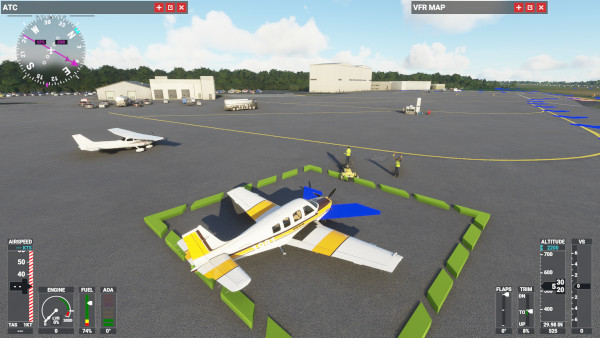